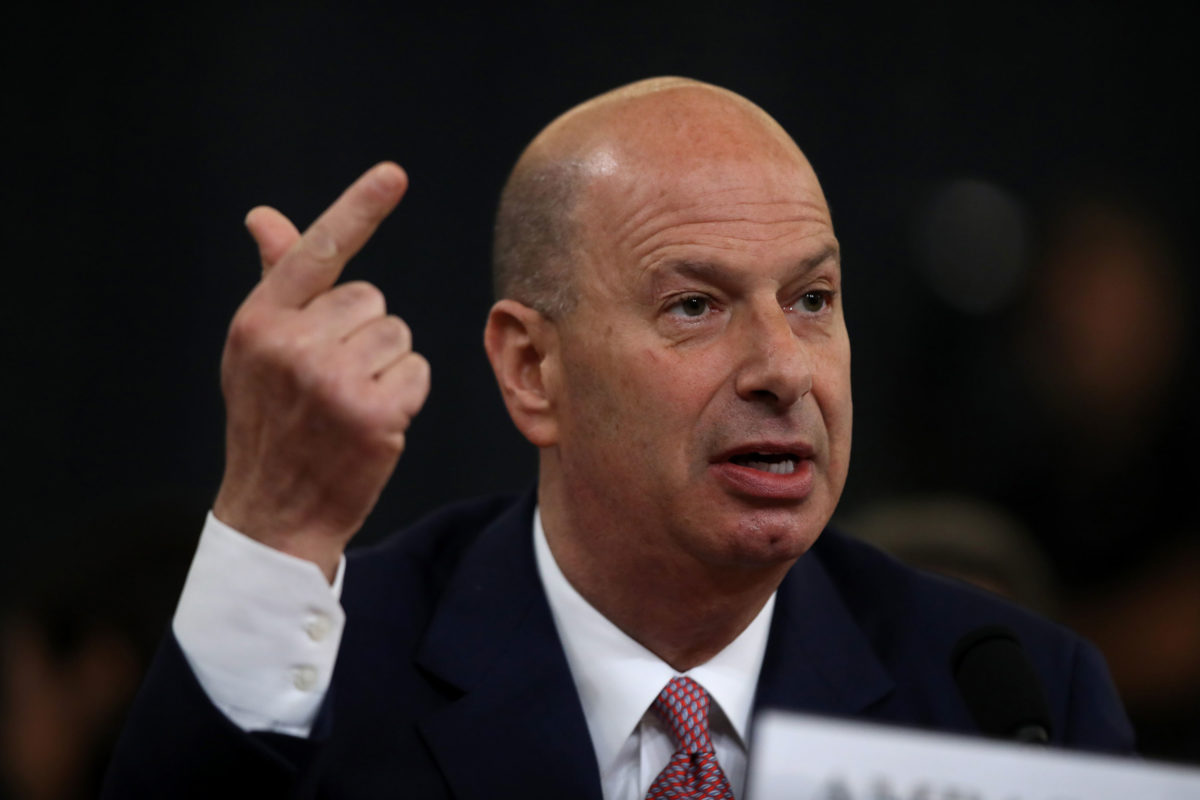 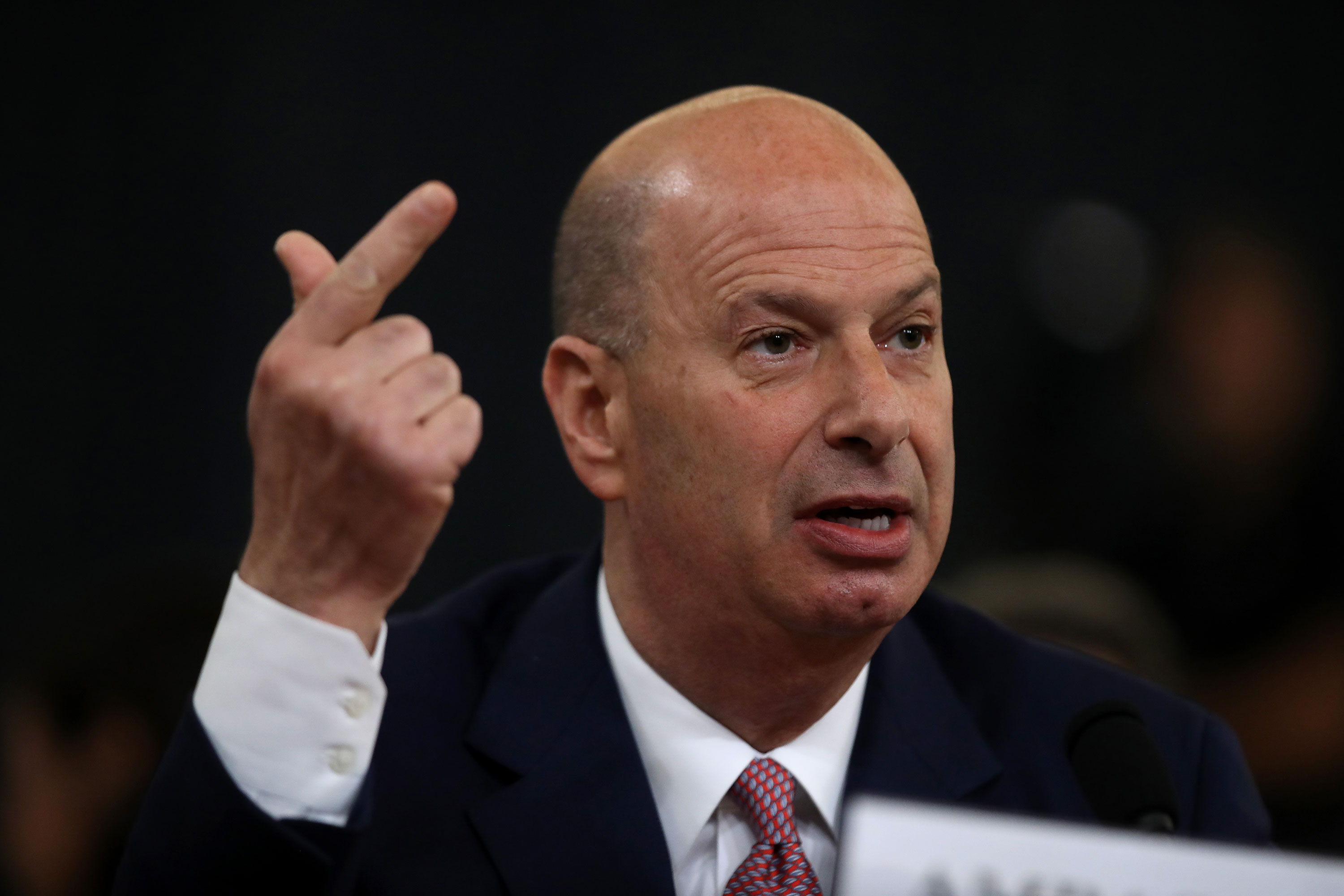 EU ambassador Gordon Sondland is making clear that some of President Trump’s senior-most aides were aware of a link between US aid to Ukraine and the country opening investigations that would benefit Trump politically.

“Everyone was in the loop,” he said in his opening statement. “It was no secret.”

Here is what he says these officials knew, and that they’ve said before today about their involvement:

PRESIDENT DONALD TRUMP:  Sondland says his efforts to pressure Ukraine into opening the investigations came at the “express direction of the President of the United States.”

What Trump has said: Trump has been adamant in his self-defense, insisting over and over there was “no quid pro quo” in Ukraine.

VICE PRESIDENT MIKE PENCE: Sondland says he told Pence in early September that he was concerned US aid to Ukraine was being tied to investigations into Trump’s political rivals.

What Pence has said: Under repeated questioning, Pence has refused to say whether he knew there was a link between US aid and investigations. He’s denied ever linking the issues in his own conversations with Zelensky, and told CBS last month, “I can only tell you what I know, and what I know is that the transcript of the President’s call with President Zelensky shows that there was no quid pro quo.”

SECRETARY OF STATE MIKE POMPEO: Sondland says Pompeo was kept apprised on his efforts in Ukraine, and cites emails to the top diplomat showing he raised the issue of linking aid to Ukraine with investigations.

Sondland also says “based on my communications with Secretary Pompeo,” he felt comfortable raising concerns about the linkage to a top aide to Zelensky.

What Pompeo has said: Asked on ABC about claims the White House conditioned US aid on investigations, Pompeo said in October, “I never saw that in the decision-making process that I was a part of.”

“The conversation was always around, what were the strategic implications? Would that money get to the right place?” he said.

ACTING WHITE HOUSE CHIEF OF STAFF MICK MULVANEY: Sondland says an email to Mulvaney on July 19 to set up a phone call between Trump and Zelensky made the alleged exchange clear. Mulvaney responded that he was asking the NSC to arrange the call for the next day.

What Mulvaney has said: In a now-infamous news conference, Mulvaney confirmed there was a quid pro quo but downplayed its significance. He later denied he said that. He’s refused to be interviewed by Congressional investigators.

ENERGY SECRETARY RICK PERRY: Sondland says Perry was directly involved in carrying out the wishes of President Trump by working with Giuliani secure the investigations.

What Perry has said: Perry has denied any quid pro quo, including in an interview with Fox: “There was no quid pro quo in the sense of what those folks out there would like for it to be…I never heard that said anywhere, anytime in any conversation.” He’s also refused to cooperate with the investigation.

NATIONAL SECURITY ADVISER JOHN BOLTON: Like other witnesses, Sondland recalls a meeting in Bolton’s office on July 10 where he linked the investigations and a White House meeting for President Zelensky. Sondland also says Bolton’s office requested Giuliani’s contact info before a visit to Kiev.

What Bolton has said: Bolton has remained silent as the impeachment proceeding advances. He has defied a Congressional subpoena, and wants a judge to decide whether he should cooperate with investigators or follow the White House guidance not to comply.