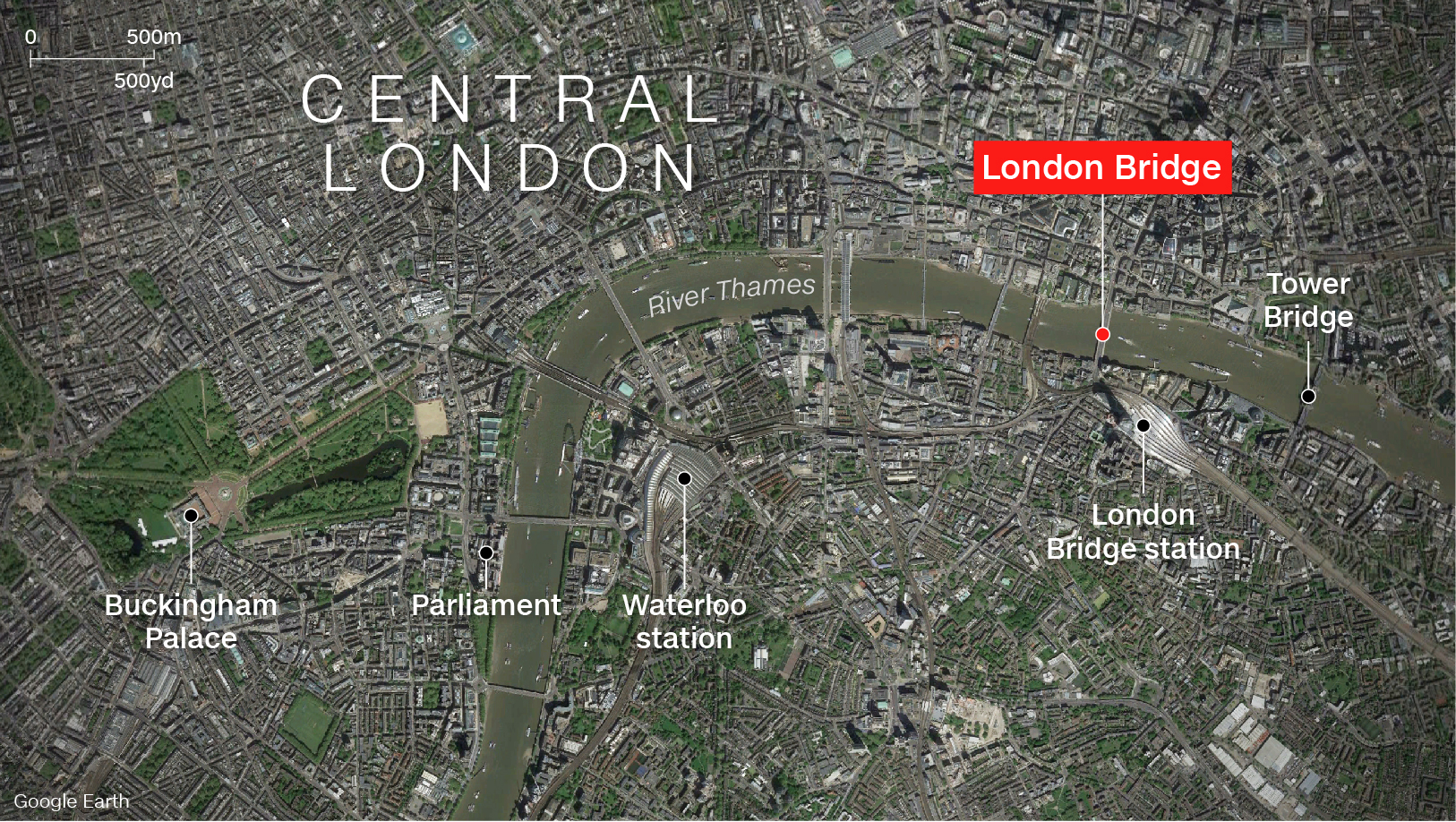 Police and emergency services are responding to incident at London Bridge on Friday afternoon.

The areas on both side of the bridge are usually quite busy, with many offices, restaurants and bars nearby. London Bridge itself is one of the UK capital’s main transport hubs with thousands of people traveling through it every day. The incident took place just hours before city workers clock off for the week and head to the station for their train home.

“There’s great concern about this particular location, London Bridge, where two years ago there was a terrorist incident where eight people were killed on London Bridge and at the nearby Borough Market,” he tells CNN.