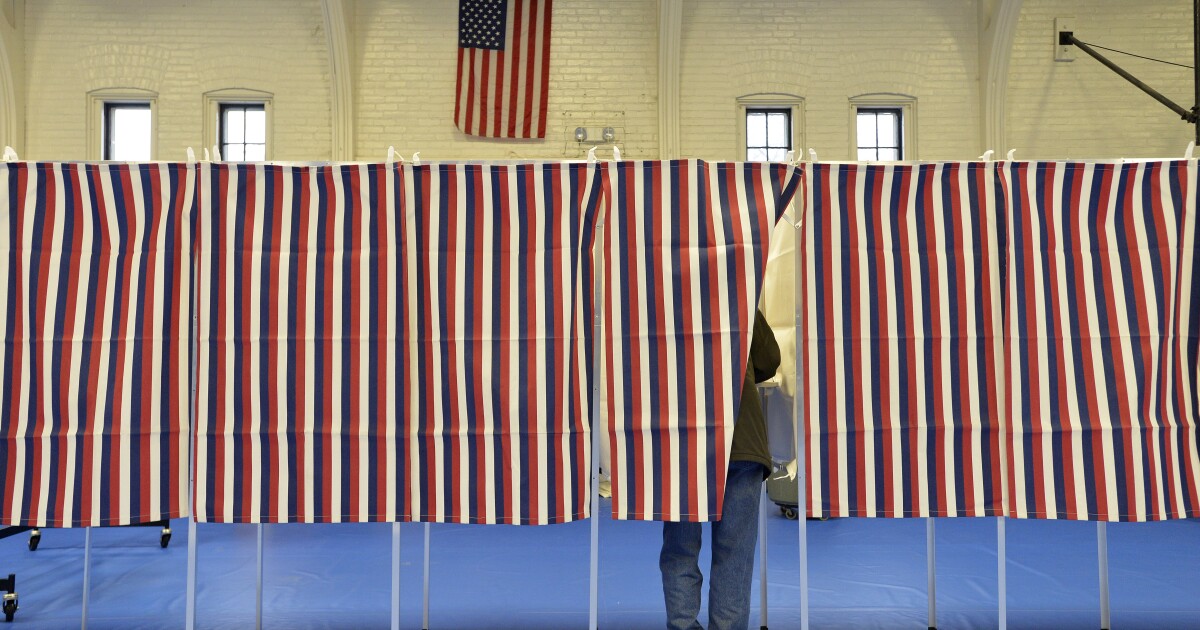 California voters are about to discard and qualify some candidates for the sprint to the Democratic presidential nomination.

Until now, the race has been a slow marathon. But with Iowa and New Hampshire out of the way and Nevada and South Carolina coming soon (Feb. 22 and 29, respectively), candidates must kick into overdrive.

On Super Tuesday — March 3 — California and 13 other states will hold presidential primaries. They include such wide-ranging states as Alabama, Colorado, Massachusetts, Minnesota, North Carolina, Texas and Virginia.

California will offer by far the most convention delegates — 415 pledged to candidates on election day, plus 79 unpledged so-called superdelegates to be added later for a total of 494.

— Whether Sen. Bernie Sanders of Vermont can remain a front-runner.

Much of the Democratic establishment — especially moderates — are having anxiety attacks over the prospect of the self-described democratic socialist carrying the party banner in November against President Trump. Sanders is too leftist for the battleground states that Democrats must carry to oust Trump, they contend.

Liberal Gov. Gavin Newsom didn’t put it that way in a recent interview on ABC’s “The View,” but he acknowledged some fellow Democratic governors are nervous.

“I was just at the National Governor’s Assn., and this is not comfortable for me to say,” Newsom said, “but … there’s deep anxiety [about] what is potentially emerging as a Bernie Sanders ascendancy with the Elizabeth Warren wing of the party and the prospects … that [Michael R.] Bloomberg moves into that and you’re at a place of civil war.

“It’s not my point of view, per se, but it’s the anxiety that is spoken very much universally, but not publicly yet.”

Civil war is what party primaries are all about. But what’s making party leaders and moderate Democrats anxious about Sanders is that his so-called socialist ideas could be a red flag that costs Democrats not only the presidency, but also majority control of the U.S. House.

“When you look back at when Franklin Roosevelt created Social Security, he was attacked as being a socialist,” says Rafael Navar, California director for Sanders. “Social Security became one of America’s most favorable programs.”

Sanders is by far the best organized candidate in California. He has opened 22 offices and has 105 paid staffers, plus many thousands of eager volunteers, especially on college campuses.

“Bernie is the best bet to take on Trump,” Navar asserts. “The antidote for the Trump base is equal energy on our side.”

— Whether moderate former South Bend, Ind. Mayor Pete Buttigieg can keep challenging Sanders for the lead in a large state with large populations of black and Latino voters.

There were few voters of color in Iowa and New Hampshire, where Buttigieg essentially tied for first and finished a close second, respectively.

In California, a January poll of likely voters didn’t look good for Buttigieg. He was fourth, at 7%, behind Sanders, Massachusetts Sen. Warren and former Vice President Joe Biden in a poll by the UC Berkeley Institute of Governmental Studies. Buttigieg was favored by only 4% of Latinos and 3% of blacks. But he attracted 11% of Asians.

This survey, however, was taken before Americans actually started voting and the running positions changed dramatically. Warren and Biden stumbled badly. Buttigieg sprinted to the front. And Minnesota Sen. Amy Klobuchar took a surprising big leap.

Super Tuesday will tell us how all that is affecting voters’ thinking about electability.

— Whether Biden is toast.

The former vice president needs a huge victory in South Carolina to retain any semblance of electability, his original selling point as a candidate.

He’s supposed to be the favorite candidate of black voters. But in the California poll, he received only 12% of the black vote and 18% Latino support. Sanders had 31% and 38%, respectively.

Biden isn’t exciting anybody. And he needs a lot more money to compete.

— Whether Klobuchar can continue her leap toward the top.

It’s going to get tougher for the Midwesterner because she’s low on money and will need a barrel load to compete competitively in Super Tuesday states.

But she certainly must have already worked herself onto anyone’s shortlist for vice president.

— Whether Warren is a goner.

The answer is probably yes. She’s also short on money, and Sanders is winning the liberal vote.

— Whether Bloomberg can become the moderate alternative.

The mega-billionaire has already spent more than $30million in California and in excess of $300 million nationally, mostly on TV ads.

California has not been friendly to very rich, self-funded candidates running for high office. But the Bloomberg camp points out that this rich candidate is different: He has actually been elected to office, three times as New York mayor.

One strong supporter is Antonio Villaraigosa, former Los Angeles mayor and state Assembly speaker. Bloomberg donated$2 million to Villaraigosa’s unsuccessful gubernatorial bid against Newsom in the 2018 primary. But Villaraigosa insists that isn’t why he endorsed the fellow former mayor.

“I’m appreciative,” he told me, “but my decision was based on my working with him for eight years. He’s a uniter, not a divider, at a time we have a divider-in-chief in the White House. And he gets things done.”

On Super Tuesday, California won’t be a kingmaker — or a queenmaker. But it will be a gatekeeper to the sprint track.