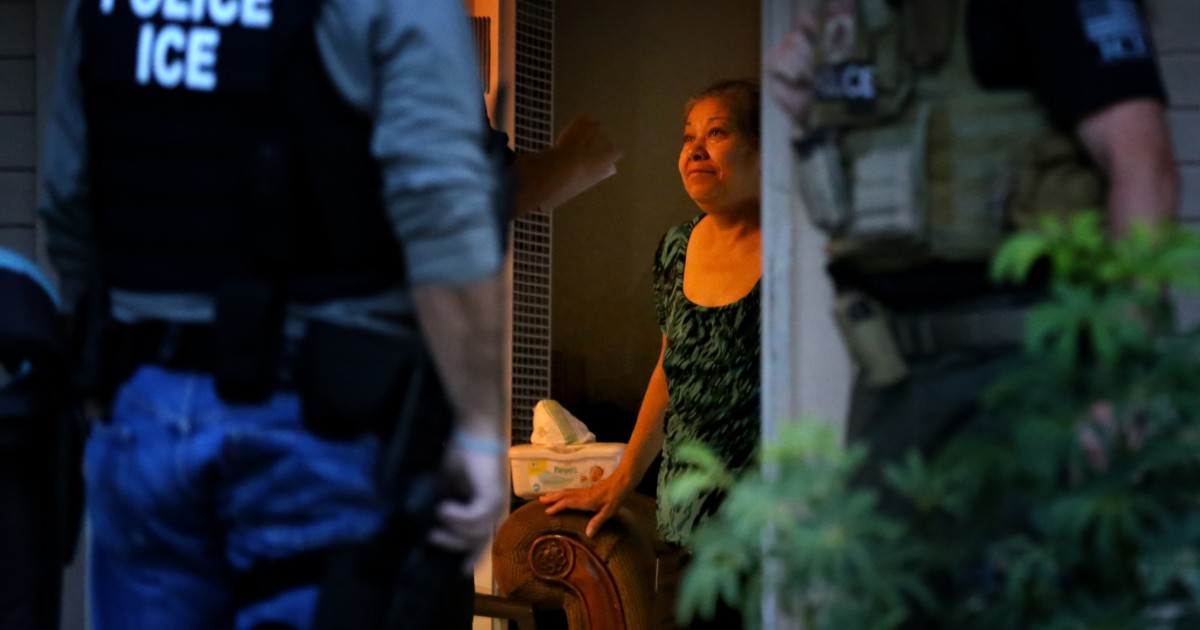 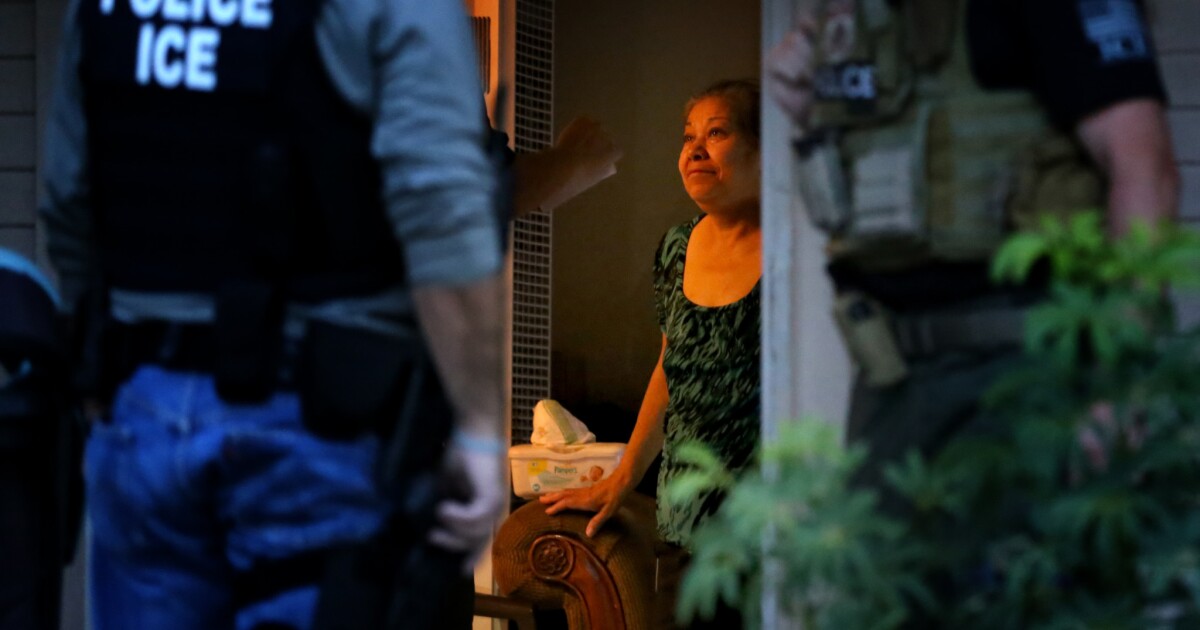 Federal immigration officials confirmed Friday that border agents and officers, including those in tactical units, will be deployed in Los Angeles and other so-called sanctuary cities to assist in the arrests of immigrants in the country illegally.

A U.S. Customs and Border Protection spokesman confirmed details of the planned deployment that were first reported in the New York Times. The agency referred further questions to Immigration and Customs Enforcement and the Department of Homeland Security.

CBP will deploy 50 Border Patrol agents and 50 field operations customs officers in nine areas, according to the agency. Specially trained officers will be sent to cities including Chicago and New York.

Additional agents are expected to be sent to San Francisco, Boston, New Orleans, Detroit and Newark, N.J., and other cities, according to the agency. The deployment of the teams will run from February through May.

CBP agents and officers being detailed to help ICE will come from different sectors and job positions, including some trained in tactical operations, according to the agency.

Albence said in the statement that the action was being taken in response to sanctuary-city law enforcement agencies not cooperating with federal authorities by turning over immigrants being held in local jails. As a result, the statement continued, federal officers “are forced to make at-large arrests of criminal aliens who have been released into communities.”

“This effort requires a significant amount of additional time and resources,” Albence said. “When sanctuary cities release these criminals back to the street, it increases the occurrence of preventable crimes, and more importantly, preventable victims.”

The number of non-detained cases increased from 2.6 million in fiscal year 2018 to over 3.2 million in the following fiscal year, according to DHS.

“With 5,300 ERO [Enforcement and Removal Operations] law enforcement officers — some of whom were detailed to the border — ICE does not have sufficient resources to effectively manage the sustained increase in non-detained cases which is exacerbated by the rise of sanctuary jurisdictions,” the agency said in a statement.

Agents being deployed include those within the Border Patrol Tactical Unit (BORTAC), an official confirmed. The unit “provides an immediate response capability to emergent and high-risk incidents requiring specialized skills and tactics,” according to the CBP website.

Sandweg called it a move “to offend so-called sanctuary cities … by deploying a bunch of Army-looking Border Patrol agents.”

“No ICE agent who is honest to you would ever say they need Border Patrol to bail them out. Ever,” he continued. “It’s insulting to ICE agents who are more than capable enough to take care of any threats out there and have and do.”

An official familiar with the deployment said BORTAC teams were sent not because they’re tactical units, but rather because they could deploy the quickest.

“Everybody’s going to be dressed similar to an ICE officer,” the official said, and Border Patrol agents will follow the lead of ICE counterparts. “They’re being led by ICE. These are ICE-led daily operations.”

He said the BORTAC teams were sent to cities where ICE needed help, not based on local sanctuary city policies, and noted that Houston is not a sanctuary city.

“The reason those cities were chosen is because that’s where there was a greater need for additional staffing,” he said. “Our goal is not to concern people.”

But the planned deployment could set up another clash between the Trump administration and cities such as Los Angeles and San Francisco that have vowed their law enforcement officials would not aid ICE in its sweeps.

It is unclear what the deployment may look like in Los Angeles. An L.A.-area ICE spokesperson said the agency would not discuss planned operations or specific resource allocations.

On Friday, in a move not seen before in California, ICE officials served four administrative subpoenas to the San Diego County Sheriff’s Department for information on four Mexican nationals wanted for deportation. The tactic was used Jan. 15 in Denver for what was believed to be the first time, then subsequently in New York and Connecticut. The subpoenas are not court-ordered or signed by a judge, but ICE said it could pursue such a court order if compliance is not forthcoming.

Last year, ICE launched a national operation aimed at making thousands of arrests. Agencies such as the L.A. Police Department pushed back. Mayor Eric Garcetti, who stood alongside LAPD Chief Michel Moore, told residents they did not have to open their doors for an ICE agent who did not have a warrant signed by a judge.

In a statement released Friday afternoon, Moore wrote, “LAPD has received no information from ICE regarding any special deployments in the Los Angeles region. Consistent with our long-standing practices, we have not and will not participate in any immigration enforcement activities. We continue our work building relationships with all immigrant communities in our shared effort to keep Los Angeles safe.”

“This poorly thought-out plan can only be seen as a tactic to intimidate an already vulnerable population and drive them deeper into the shadows,” the statement said. “We are not any safer if an entire segment of our population is afraid to report crimes to local law enforcement.”

The relationship between ICE and many local law enforcement agencies has long been fraught. Since Trump took office, it has grown only more tenuous as police grapple with maintaining communication with ICE while also balancing transparency with community and civic leaders.

Those tensions are especially evident in California, where local law enforcement must abide by a “sanctuary” law, Senate Bill 54, which went into effect last year to provide protection for immigrants in the country illegally. In L.A., the Police Department stopped engaging in joint operations with ICE that directly involve civil immigration enforcement and no longer transfers people with certain minor criminal convictions to ICE custody.

“This is transparent retaliation against local governments for refusing to do the administration’s bidding,” Naureen Shah, senior policy and advocacy counsel on immigrants’ rights for the American Civil Liberties Union, said in a statement. “It will put lives at risk by further militarizing our streets. Local governments should not face reprisals for focusing on local community needs and using taxpayer money responsibly, instead of helping to deport and detain community members.”

Advocates said that rapid response networks, which provide hotlines for immigrants facing arrest by immigration officers and dispatch trained legal observers to raids, will be on high alert over the weekend.

Hamid Yazdan Panah, advocacy director of Immigrant Defense Advocates in the Bay Area, said the operation is part of a repeated pattern by the Trump administration of using fear for political gain.

“This administration has a practice of trying to bully people into obtaining what it wants. But I think sanctuary cities stand on firm legal ground,” Yazdan Panah said. “Sanctuary policies are a reflection of the shared values and the fabric of that community. This escalation isn’t going to stop that.”