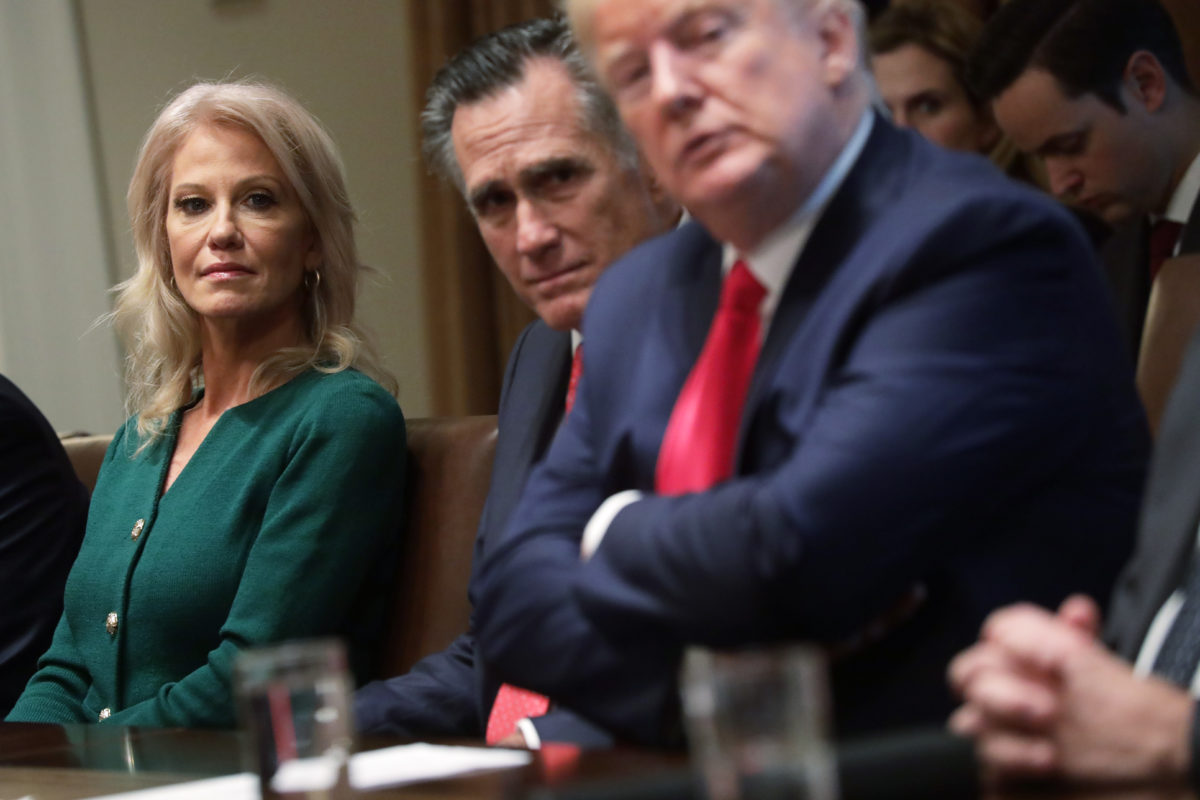 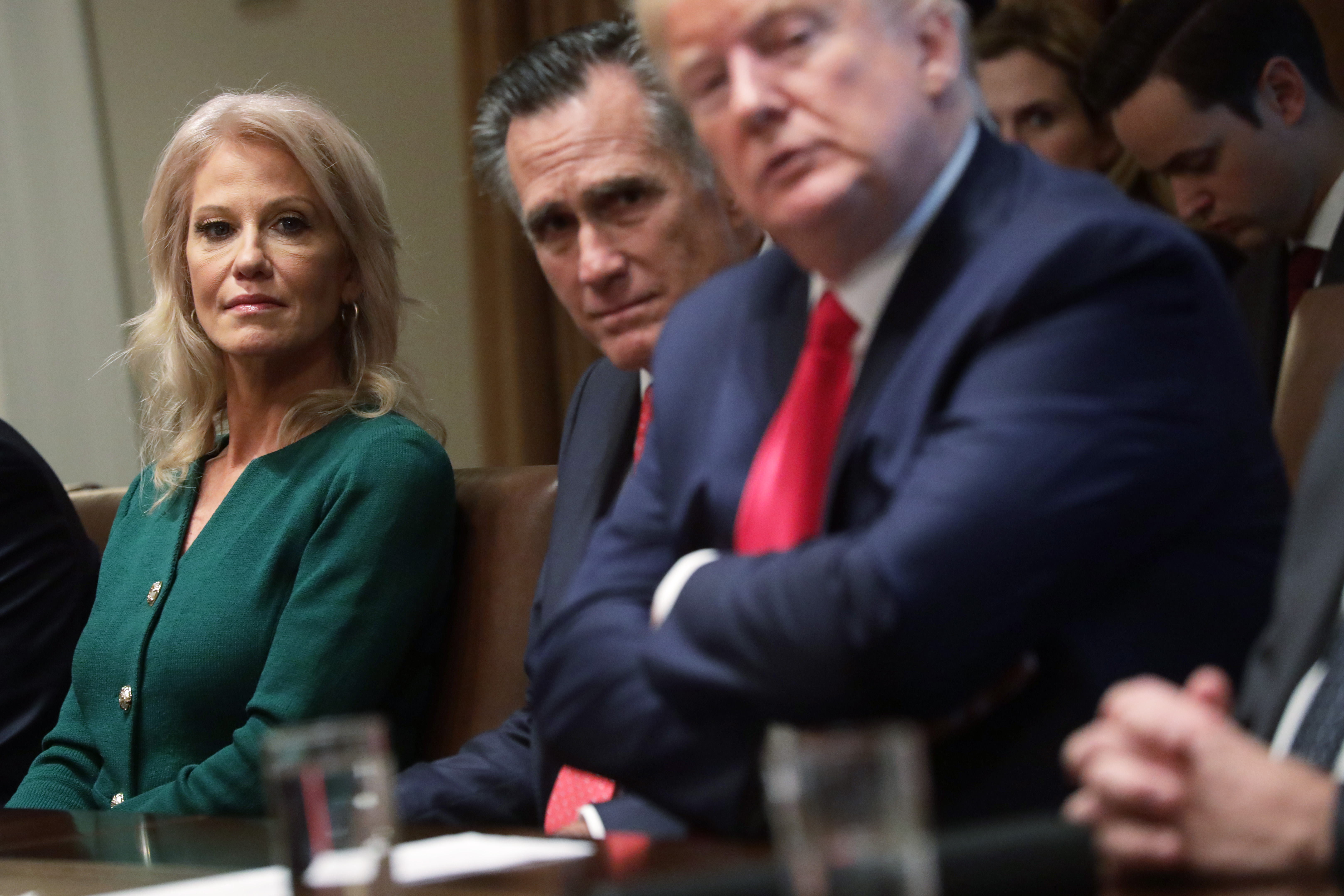 Counselor to the President Kellyanne Conway spoke with reporters at the White House this morning following an appearance on Fox News.

She criticized one Democratic witness, Professor Pamela Karlan, as someone who “looks her nose down on people I grew up with,” mocking her three degrees from Yale (“Yay!”) and said that “in the comfort of her ivory tower” she was “unimpeachably unimpressive.”

The White House, Conway said, is “very ready” for a Senate trial, noting that legislative affairs director Eric Ueland was on the Hill yesterday and that she’s been present for meetings with some senators.

The Senate process, she argued, “would include live witnesses who have visibility and knowledge into facts.”

She said the Senate should call on the Bidens and Adam Schiff to testify, and, interestingly, said she has a list of Burisma board members on her desk that “maybe” will be called.

It’s “more likely” that White House counsel Pat Cipollone will testify in Senate proceedings, per Conway, but she wouldn’t weigh in on whether Mick Mulvaney, Mike Pompeo, and John Bolton will testify on the Senate side before the articles of impeachment are known.