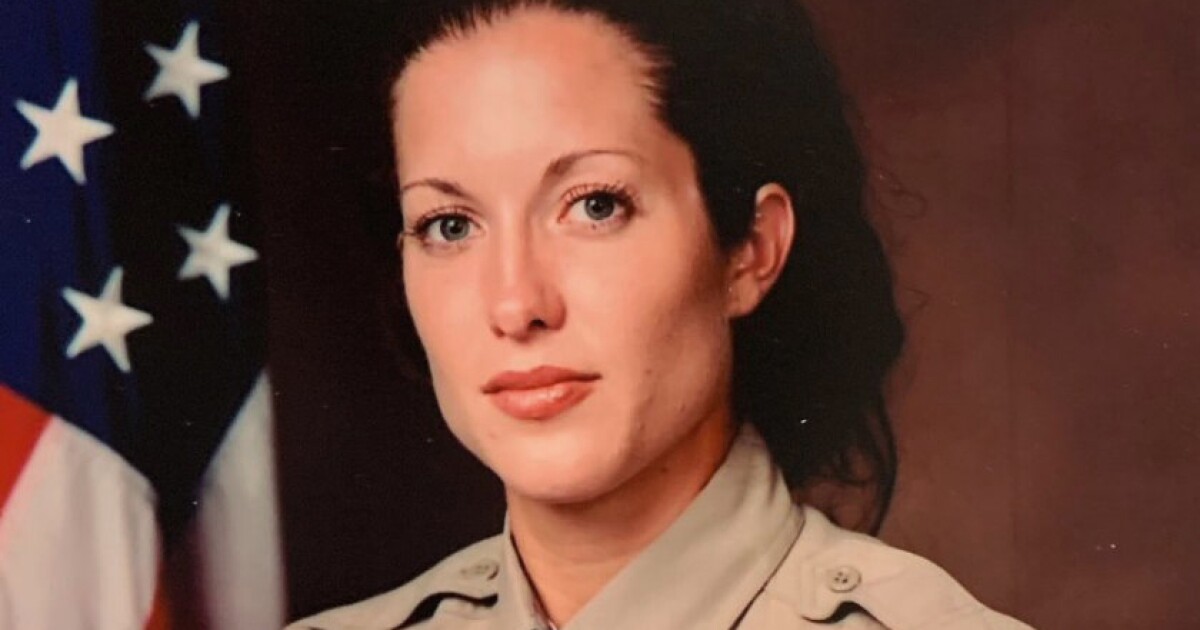 Det. Amber Leist was waiting on a red light Sunday afternoon when she noticed an elderly woman fall in the crosswalk in front of her car.

The off-duty detective with the Los Angeles County Sheriff’s Department put her car in park and hurried to help the pedestrian safely cross at the intersection of Whitsett Avenue and Riverside Drive.

When Leist headed back to her personal vehicle, she was struck by a vehicle traveling east on Riverside Drive.

Leist “was an outstanding detective who would lead by example, and she definitely led by example through her act of kindness, and we consider this an on-duty death,” Sheriff Alex Villanueva said at a news conference.

The driver stopped and tried to help Leist. She was taken to a hospital but died from her injuries. She was 41.

The Los Angeles Police Department is investigating the incident, which is at this time considered an accident.

Leist started her career with the Sheriff’s Department at the North County Correctional Facility in Castaic.

She then worked at the Lancaster station before spending five years at the West Hollywood station, where she worked patrol and as a school resource officer before she was promoted. Flags were flown at half-staff Monday throughout West Hollywood in memory of Leist.

“She was a treasured member of our Weho family and we are in mourning,” Councilman John Duran said on his Facebook page.

Leist is survived by her parents and two sons, ages 20 and 17. Her older son is on active duty with the U.S. Navy.

“What she did, it was heroic for her to go out that way,” Leist’s son Daniel Laney told KTLA-TV Channel 5. “I love her for that. She’s always had a kind heart.”

Capt. Edward Ramirez of the West Hollywood station told KTLA that Leist took a majority of the station’s domestic violence cases because she was empathetic and thoughtful.

She was remembered as someone who would buy food for people experiencing homelessness and stop on the freeway to help drivers in need.

“Amber was never off duty, always looking to do a good deed, and unfortunately the good Lord decided to take her doing one of those deeds,” Ramirez said.