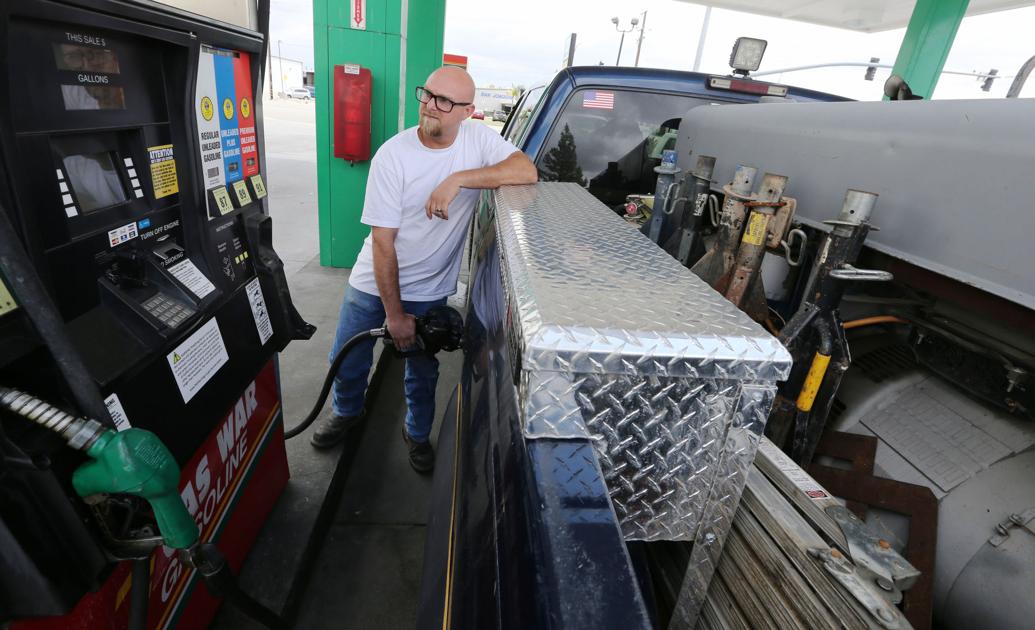 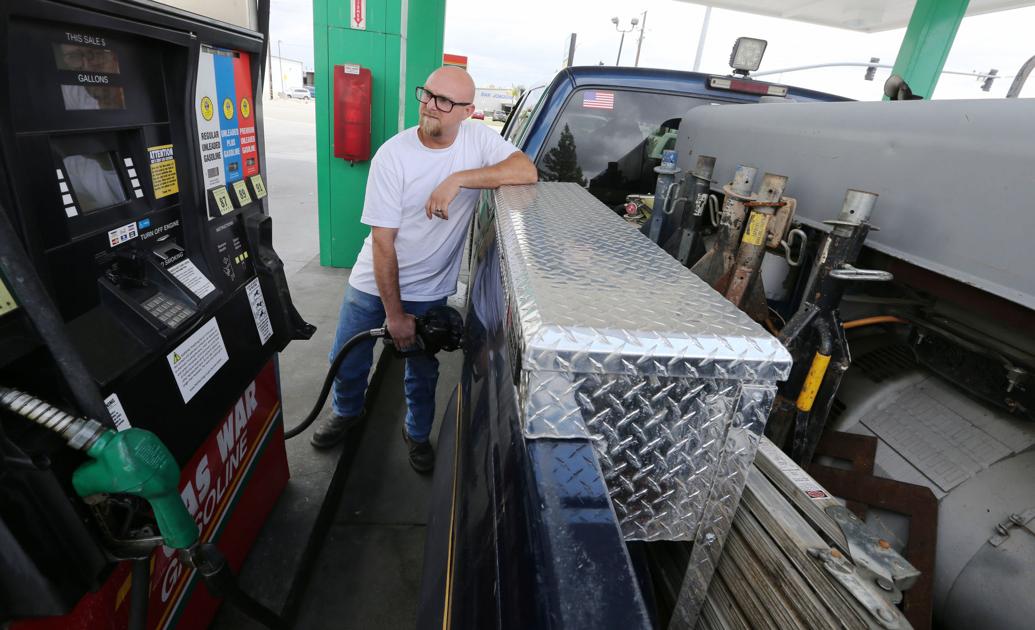 Becky McKanna was having one of those nail-biting gas station moments that have become so common lately.

Confounded by roadwork downtown, the Bakersfield bookkeeper pulled into the Chevron station on 24th Street, something she knew her husband wasn’t going to be pleased with because of its relatively high prices. She put in the pump, set the auto-trigger and let it flow.

Normally her SUV fills up on $35, but not this time. Distracted by a visitor, she didn’t look at the total until after the trigger clicked off. Fifty-six dollars.

Blame refinery problems, blame the gasoline tax, California’s switch to summer-blend fuel or U.S. tensions with Iran — there are many reasons fuel prices are so high lately. Bottom line is, at a city-wide average of $4.09 per gallon Friday, unleaded cost 13 percent more than it did a year before. And the cost difference is beginning to take a toll.

As prices settle above the psychologically important barrier of $4 per gallon, people across the city are taking notice and coping in their own way.

Some are driving less, some are cutting back on other expenses. Others are barely scraping by.

Isaac Flores works as a cashier at the low-price Gas War station at the corner of Meany and Fruitvale avenues. He said people recently began bringing in change to pay for gas.

He’s also noticed more people’s debit cards are getting rejected when they come in and try to fill up. Another thing happening lately, he said, is people are buying smaller amounts of gas, like paying $15 for groceries and $5 for fuel “just trying to inch by.”

Sometimes, he said, when he goes out to change prices on the big signs out front people shout out to him, “Put the prices lower!” As if he could.

Bakersfield construction-company receptionist Jonnie Baiza said she used to enjoy going to the concierge-like Brookside Market & Deli and the Sully’s convenience stores around town. But because they’re located at gas stations where fuel prices are high, Baiza said, she’s had to scale back and fill up elsewhere.

She’s also taken to putting in just $20 or so at a time to keep a closer tab on her gas budget. Her fear is that prices will keep going up.

“You might be eating spaghetti instead of steak because of the price of gas,” she said.

Bakersfield oilfield safety supervisor Steve Davis is feeling it, too. The way he sees it, the extra money going into his gas tank these days subtracts from the discretionary money he’d rather spend on his four kids.

“I feel like I’m taking money out of my kids’ entertainment,” he said.

Local businesses are also feeling the pinch. Baiza noted the company she works for is having to pay higher fuel surcharges from its vendors, which only raises the cost of construction.

Paul, a manager at a special district in Bakersfield who declined to share his last name because he’s not authorized to speak with news reporters, said the organization is sure to blow through its annual budget early this year.

The governing board may not be happy, he said, but with more than two dozen vehicles on the road every day, there’s not much that can be done about it.

“We set aside X amount of dollars per year and you hope that covers it,” he said.

Bakersfield structural engineer Zeferino Villanueva filled up his company-issued work truck at the Chevron on 24th Street. What used to be a $70 charge to the company credit card instead came to $87.50 Thursday evening.

The situation affects him personally when he’s driving his own vehicle. Villanueva said he normally likes to pick up coffee and a donut in the morning.