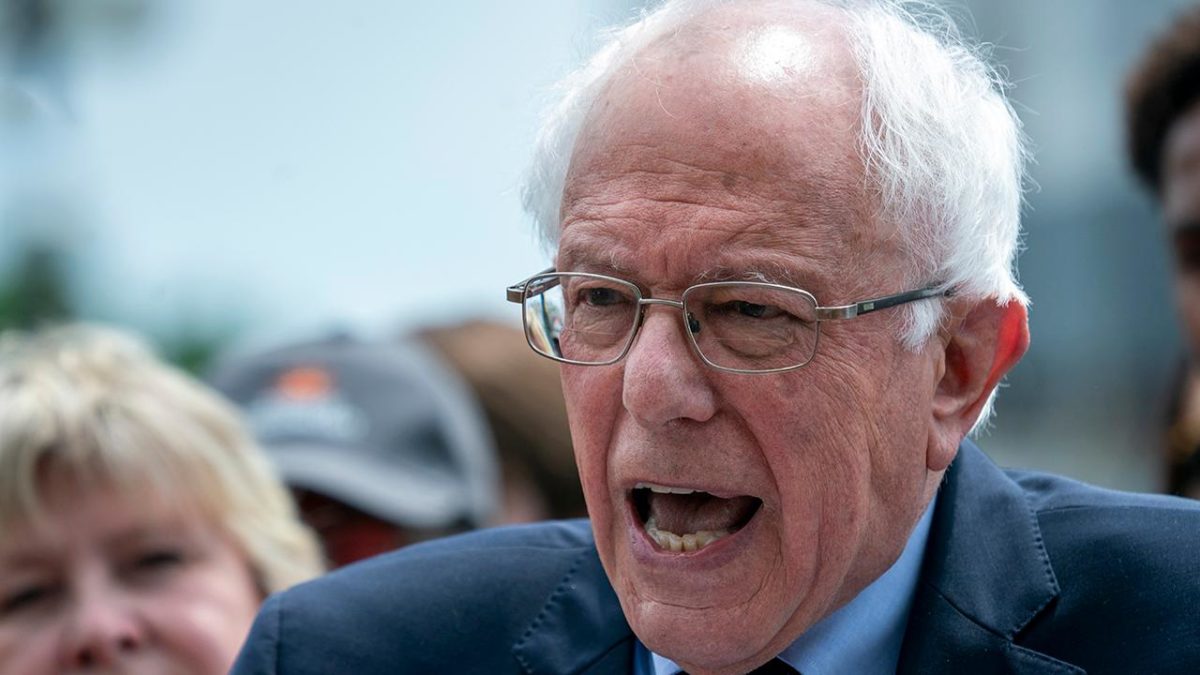 WARNER, N.H. – Vermont Sen. Bernie Sanders on Monday took aim at President Trump over the rising tensions between the United States and Iran, warning on Memorial Day that a military confrontation between the two countries would be more disastrous than the Iraq war.

At a speech in Warner — the Democratic presidential candidate’s first stop in a two-day swing through the first-in-the-nation primary state of New Hampshire — Sanders said that during his decades in Congress, ”I think perhaps the most important vote that I have ever cast was against the war in Iraq.”

“Right now if you can believe it, Trump and his people in his administration apparently have learned nothing from that horrific war in Iraq,” Sanders said. “And you have (national security adviser) John Bolton and others talking about the need to go to war in Iran.”

Sanders, who is making his second straight bid for the Democratic presidential nomination, said, “If you think the war in Iraq was a disaster, my strong belief is a war with Iran would be much worse…Not only would a war with Iran be a disaster, it happens to be unconstitutional.”

Sanders made similar comments at a large rally in Vermont on Saturday.

The Trump administration has been ringing alarms the past month over what it calls “troubling” and “escalatory” moves by Iran. The U.S. has been raising the volume on Iran ever since the president took the country out of a multilateral nuclear deal with Iran a year ago.

Trump has spent weeks alternating between tough talk towards Tehran while still insisting he’s open to negotiating with the Islamic republic. On Friday, the president told reporters before departing on a trip to Japan that “we’re going to be sending a relatively small number of troops, mostly protective.”

On Monday, during a news conference with the Japanese prime minister, Trump highlighted his administration’s efforts at diplomacy, saying “I really believe that Iran would like to make a deal, and I think that’s very smart of them, and I think that’s a possibility to happen.”

Sanders’ spotlighting of his vote against the Iraq war also appears to be a subtle dig against former Vice President Joe Biden, the clear front-runner right now in the latest national polls in the Democratic nomination race, as well as many of the most recent surveys in the crucial early voting primary and caucus states of New Hampshire, Iowa, Nevada and South Carolina.

Then-Sen. Biden of Delaware voted in favor of the Iraq War in 2002.

“Joe voted for the war in Iraq. I led the effort against it,” Sanders said earlier this month in an appearance on ABC’s “This Week.”

Sanders crushed Hillary Clinton by more than 20 percentage points in New Hampshire’s 2016 Democratic presidential primary. The victory sent the one-time longshot candidate into a marathon battle with Clinton, the eventual nominee. Because of that victory, and the continuing strong organization in the state of his supporters, New Hampshire’s considered a must win for Sanders.

The candidate also said “we’re doing much better in South Carolina and we’re going to do well in Nevada as well. And we’re strong in California. So if we can win those states, I think we have a very strong path to victory.”

And he highlighted that “virtually every poll that I have seen has us defeating Donald Trump and in many of the battleground states, beating him by pretty big numbers.”

Sanders was introduced by Ben Cohen, the co-founder of Ben and Jerry’s ice cream who was a top supporter and surrogate of Sanders’ 2016 bid and who’s once again a national co-chair of the campaign.

“Before Bernie, Jerry and I used the be the most famous guys in Vermont,” Cohen joked.

Turning more serious, he called the nation’s capital “the cesspool of what is our political system today. With our help, with all of us, it’s Bernie who will be able to finally flush the crap down the drain.”

Ben and Jerry’s ice cream was served to the crowd gathered in an outdoor amphitheater style setting in this small central New Hampshire community.

The Republican National Committee took aim at the candidate saying “while Bernie Sanders dishes up ice cream today, it’s important to remember that what he’s proposing isn’t so sweet.”

“Bernie may hope voters find his agenda to be sweet, but to Granite Staters, it’s nothing but sour,” RNC spokesperson Nina McLaughlin highlighted.

Scott Wallace, a veteran from South Newbury, New Hampshire backed Sanders in 2016 and he told Fox News he’s supporting the candidate once again.

“He’s consistent, he’s been right on almost every issue since he joined Congress,” he explained.

While plenty of other rivals in the historically large field of nearly two-dozen Democratic White House hopefuls are pushing the same progressive agenda Sanders first championed in his 2016 run, Wallace said “I’m going with the original.”

Susan Reynolds of Concord was also in the audience.

Reynolds, who backed Clinton in 2016, said she’s undecided this time around but gave up part of her holiday weekend because she “was interested to hear what he had to say.

“He’s one of my top four,” she noted, along with Sens. Kamala Harris of California, Elizabeth Warren of Massachusetts and South Bend, Indiana Mayor Pete Buttigieg. 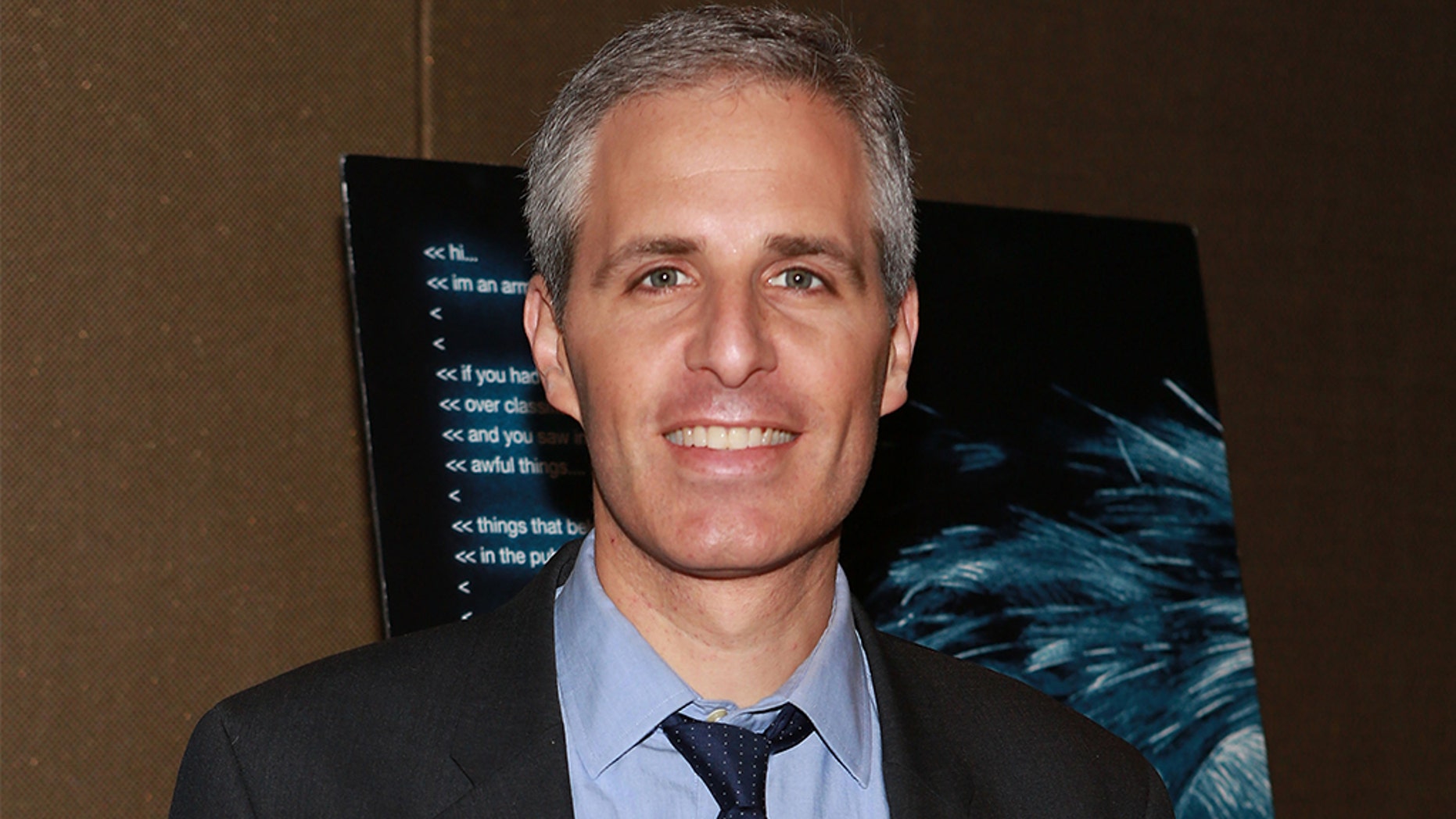 David Sirota, a journalist and speechwriter officially brought into Sen. Bernie Sanders presidential campaign on Tuesday, failed to disclose his previous work with Sanders while blasting his Democratic opponents online in recent weeks, according to a report.

The Atlantic questioned the Sanders campaign about Sirota’s aggressive social media posts hours before its announcement of his hiring as a senior adviser and speechwriter. Sirota frequently trashed other Democrats on Twitter, his own website and in columns in the Guardian without disclosing his work as an unofficial adviser to Sanders.

An analysis by the news magazine found Sirota had deleted more than 2,000 tweets and social media profiles after the magazine contacted him for its story. He blamed an “autodeleter that periodically and automatically deletes tweets. I started doing this many months ago,” he said in response to the Atlantic’s inquiry.

On Twitter, Sirota criticized Gillibrand for endorsing former U.S. Rep. Joe Crowley, D-N.Y., before he lost in a primary against then-political novice Alexandria Ocasio-Cortez; and criticized former New York City Mayor Michael Bloomberg for his “allegedly awesome climate policies.” He also accused Harris of giving in to big donors and changing her position on health care.

Faiz Shakir, Sanders’s campaign manager, said Sirota — who worked as Sanders press secretary during his time in the House of Representatives (1991 to 2007) — had been in an advisory role prior to his hiring on March 11.

“He was advising beforehand,” Shakir said. Sirota’s hiring comes amid a major staff shakeup on the Sanders campaign.

Sirota, an ardent supporter of Sanders, has become one of his most aggressive attack dogs. At one point, he said critics of the Vermont senator “are deranged and/or running a deliberate disinfo campaign.” In January, he responded to criticism online for railing against O’Rourke, who had not entered the presidential race yet, tweeting: “The screaming temper tantrums by Democratic Party operatives whenever reporters scrutinize a lawmaker’s voting record is something to behold. These people quite literally hate democracy,” according to the news site.

In a December opinion piece in the Guardian, Sirota wrote that “a new analysis of congressional votes from the non-profit news organization Capital & Main shows that even as O’Rourke represented one of the most solidly Democratic congressional districts in the United States, he has frequently voted against the majority of House Democrats in support of Republican bills and Trump administration priorities.”

Capital & Main is Sirota’s website. A disclaimer at the end of the story referenced that.

The Atlantic said Sirota’s hiring had been in discussion before Sanders launched his White House bid.

“This new job was not something I expected or planned for — but it is something I am excited to do,” Sirota wrote in his note. “I want to express my deepest thanks to all of you who have supported my journalism work over the years — your support has meant so much to me, especially in those times when my work has generated blowback from the powerful.”