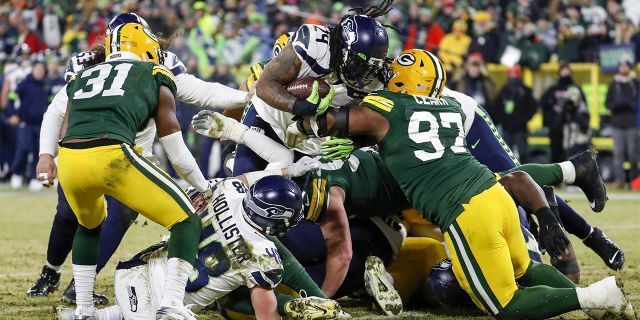 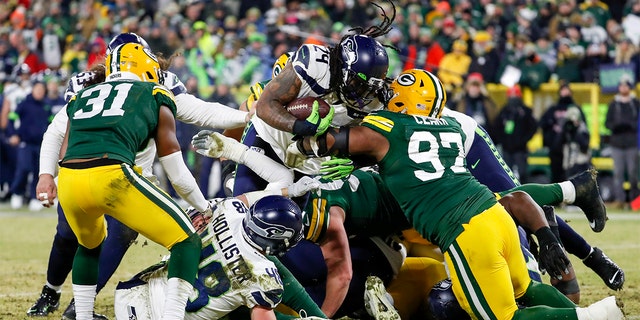 Seattle Seahawks’ Marshawn Lynch runs for a touchdown during the second half of an NFL divisional playoff football game against the Green Bay Packers Sunday. (AP Photo/Matt Ludtke)

After the Seattle Seahawks were ousted in the divisional round by the Green Bay Packers in a 28-23 defeat on Sunday night, the 33-year-old running back used his cameo at the podium deep inside Lambeau Field to encourage young players in the league to be as smart as they can in a league where careers are often short-lived.

“I’ll tell y’all now while ya’ll are in it, take care of y’all bread, so when y’all done you go ahead and take care of yourself,” said Lynch, who had four touchdowns in three games for the Seahawks.

Lynch, who had 26 yards on 12 carries on Sunday, was out of football for 14 months when he rejoined the Seahawks, coming two wins short of another trip to the big game.

Lynch last appeared in a game for the Oakland Raiders on Oct. 14, 2018. Ironically, he was playing against the Seahawks. He ran for 45 yards on 13 carries and failed to score a touchdown. He stepped away from football after that but never officially signed his retirement paperwork.

Lynch played more than five seasons with the Seahawks from the middle of 2010 to 2015, helping the team to a Super Bowl in 2013. He burst onto the scene with an incredible run in an NFC playoff game against the New Orleans Saints in 2010.

During his time in Seattle, he ran for 6,347 yards and 57 touchdowns. He joined the Oakland Raiders prior to the start of the 2017 season and played 21 games for them. 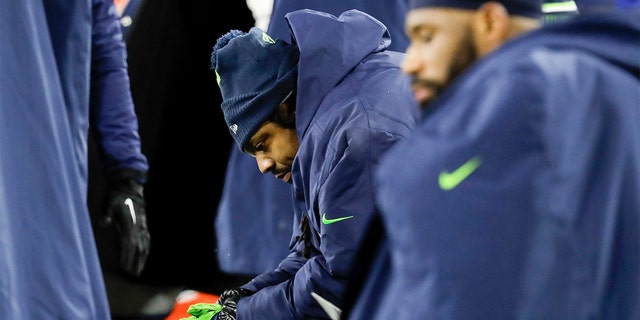 “It’s a vulnerable time for a lot of these young dudes,” Lynch began his inspirational speech. “They don’t be taking care of their chicken. … So, if it was me … if I had the opportunity to let these young sahabs [homies] know something, I’d say: ‘Take care y’all money, African, because that s–t don’t last forever.’” 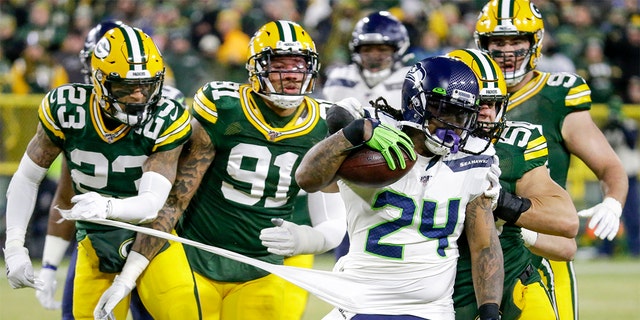 In Lynch’s typical do-it-his-own-way fashion, he offered little insight during the brief postgame interview into his interest in again deferring retirement.

The Associated Press contributed to this report.