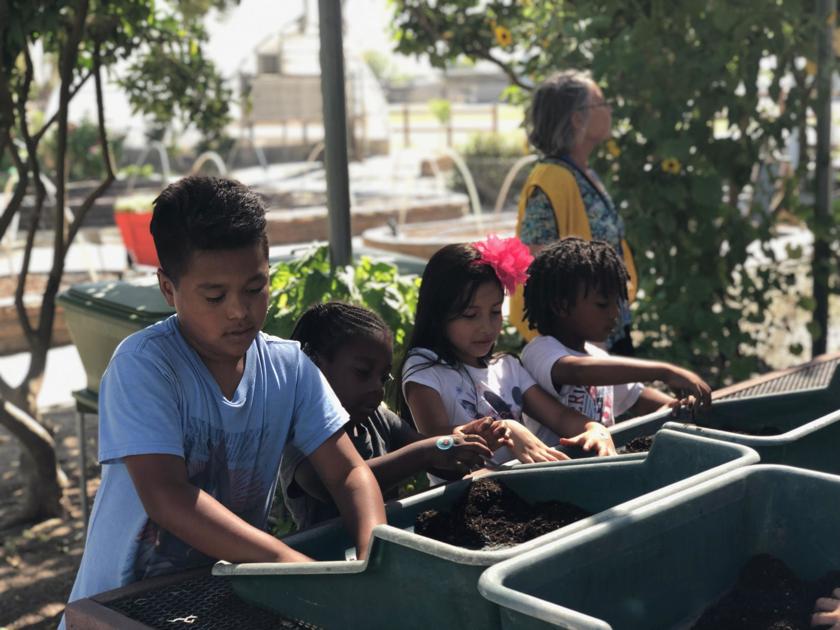 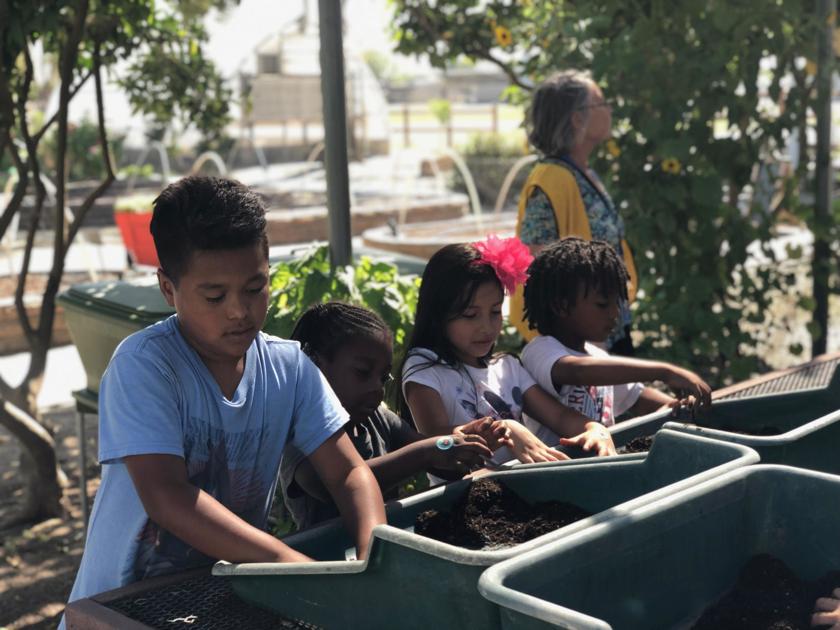 An elementary school is a place where a lot of growing takes place — young minds learn something new each day, students develop and mature mentally and sometimes even plants, fruits and vegetables are harvested after a strong season.

Tucked behind McKinley Elementary School’s classrooms is a fully functioning garden where students learn everything from loosening soil to making a delicious meal from the fruits and vegetables grown. There are even five egg laying chickens clucking around their coop.

It’s all part of the Bakersfield City School District Extended Learning Program’s After School Academies, which is having its formal launch this school year across 42 school sites. Implementation of STEAM (science, technology, engineering, arts and mathematics) activities has been the result of a previous year-long planning with all stakeholders in the district and community partners, such as the Buena Vista Edible Schoolyard, said Deanna Clarke, director of Extended Learning.

“We knew we wanted to go into this next phase, but we weren’t sure how it was going to look like,” she said. “(Buena Vista was) really instrumental in opening everything to us — all their employees, Grimm Foundation employees. They came over and started looking at the land that we have and working with our staff …They helped design the whole garden.”

The goal is to employ a project-based learning approach that more closely aligns with what students will experience in college and the workforce.

Around 300 students from transitional kindergarten/kindergarten to sixth grade participate in the Agriculture Academy at McKinley. Lorie Morris, academy program specialist, has developed a schedule where kids take part in the agricultural experience in the garden, participate in a STEM lab and learn about kitchen nutrition for three hours once a week after school.

On Wednesday, first and second graders took turns moving through the three learning sections and getting their hands dirty in the process.

One group was focused on learning how to properly work with soil. Garden educator Mia Castillo demonstrated techniques to loosen soil so that it’s fluffy, rather than packing it harshly into a planting tray where the seed would suffocate.

Those students later planted seeds and watered them with the help of garden educator Jesse Sanchez, and now anxiously await the first signs of life to emerge from the soil.

At full harvest 40 types of fruits and vegetables are grown at the garden.

“I like that we get to plant,” said second grader Ella Mercado. “I ate a red pepper and wanted to plant it (at home).”

Many students come home from the academy with hopes of having a garden in their backyard. Second grader Jayvin Wallace, who participated in last year’s and this summer’s academies, said his grandmother has a garden and has planted with her. He now wants to have one for himself.

“I want to plant watermelons,” he said.

Farm to table specialist Dana Johnson said elementary-aged children are the best to teach because they come in as natural born scientists.

“A scientist is someone who wants to inquire and learn and they just absorb it,” she said. “They start with a question and finish with an answer. It’s joyful.”

She also added students learn about failure, such as when crops don’t grow well and when seeds don’t germinate.

“Does that mean we’re bad farmers? No, it just means we plant more,” she said.

McKinley Elementary will also be adding a kitchen this year where students can learn how to prepare food, set up dinner tables, demonstrate proper dining etiquette and more.

The school will also be holding its first farmer’s market in November to coincide with the kitchen opening.

Lifelong lessons are learned from the academy, and McKinley Principal Rona Chacon-Mellon said the entire culture on campus has changed.

“The pride that the kids have in this school and trying different things that they normally wouldn’t try. I remember in particular a little first grader last year who would have never tried a radish or chives or any of that,” she said. “His father talked to us about how he only ate chicken nuggets or McDonald’s, and now he goes into a grocery store and picks out vegetables and wants to try out kale.”

Other academies in the district will focus on topics such as environmental and physical science, robotics, coding, music engineering, kinetic art, dance, film and more.